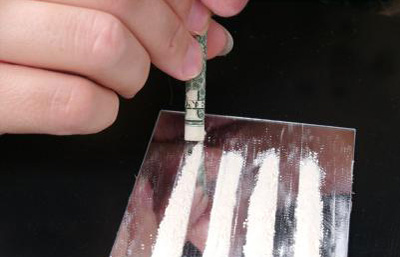 Cocaine is a drug extracted from the leaves of the coca plant. It is a potent brain stimulant and one of the most powerfully addictive drugs.

Cocaine can be snorted or dissolved in water and injected. Crack can be smoked.

Short-term effects of cocaine/crack include constricted peripheral blood vessels, dilated pupils, increased temperature, heart rate, blood pressure, insomnia, loss of appetite, feelings of restlessness, irritability, and anxiety. Duration of cocaine’s immediate euphoric effects, which include energy, reduced fatigue, and mental clarity, depends on how it is used. The faster the absorption, the more intense the high. However, the faster the absorption, the shorter the high lasts. The high from snorting may last 15 to 30 minutes, while that from smoking crack cocaine may last 5 to 10 minutes. Cocaine’s effects are short lived, and once the drug leaves the brain, the user experiences a “coke crash” that includes depression, irritability, and fatigue.

High doses of cocaine and/or prolonged use can trigger paranoia. Smoking crack cocaine can produce a particularly aggressive paranoid behavior in users. When addicted individuals stop using cocaine, they often become depressed. Prolonged cocaine snorting can result in ulceration of the mucous membrane of the nose.

Global cocaine use has remained stable at 0.3-0.4 per cent of the population aged 15-64 (between 13.2 million and 19.5 million users). Cocaine is a drug manufactured from the leaves of the South American shrub Erythroxylon coca (known as coca leaves).

How Addictive is Cocaine?

Cocaine is very addictive and many users quickly develop a strong psychological dependence on it, feeling that they need it just to feel normal. Tolerance may also rapidly develop - this means a person will need increasing amounts of the drug to get the same effect.

What effect does Cocaine have on the user’s health?

The physical effects of cocaine, especially on the cardiovascular system, increase the risk of problems such as:

When it's regularly snorted, there may be damage to the nasal septum as the drug causes vasoconstriction, clamping down the blood supply to the tissues of the nose. If cocaine is smoked there may be damage to the lungs, while injecting cocaine can damage the veins and lead to ulcers and gangrene, and increases the risk of blood-borne infections such as hepatitis or HIV.